The Sunday paper described Ainslee and Vincent’s wedding day as one of torrential downpours, gale-force winds and wild weather. I prefer to describe it as a beautiful day when two truly lovely individuals made a life long commitment to each other and the only drenching was from the love they share…..soaking into the hearts and souls of all those present.

Ainslee and Vincent met at work some six years earlier, although there had been a brief encounter about 18 months prior to that. They initially started going out with a group of common friends and over time love blossomed. During a Hawaiian holiday in June 2012, following a couple of re-scheduled attempts, Vincent finally was able to propose while they were out for dinner. Fast forward to Saturday 23 February 2013 and they exchanged vows and became one at St Brigid’s Catholic Church, Millers Point, The Rocks.

The reception was held in the Settlers Hall and Opera Room of Waterfront Restaurant in Sydney’s Rocks precinct. The restaurant normally commands stunning views to the Harbour Bridge and Sydney Opera House, but unfortunately on this wet day visibility of the Harbour Bridge was diminished and the Opera House view was obscured by the Queen Victoria cruise liner which happened to be docked at the Overseas Passenger Terminal. But love overcomes all obstacles and this was certainly true for Ainslee and Vincent’s wedding.

Guests arrived and enjoyed the hospitality offered by the Waterfront whilst Ainslee, Vincent and the Wedding Party had photographs around the City. Not long after, guests were seated and the parents Noni, Ron & Victor introduced, followed by Matron of Honour, Natalie and Best Man, Kwan. Guests then welcomed Ainslee and Victor with cheers and applause as they danced around the room, before Vincent welcomed everybody and encouraged all to join in and have fun celebrating.

After everyone had finished their tasty entrée, we had the first of the speeches. First up was Matron of Honour, Natalie and then Best Man, Kwan. Both gave their version and an insight into Ainslee and Vincent’s love story. Both spoke of how they had witnessed their love grow and how they were just perfect for each other. Natalie even recounted a story or two from when she and Ainslee were growing up and some of the mischief they had gotten up to.  A few photos which some family and friends before the yummy main meal was served and enjoyed by all.

It was now time for the remainder of the speeches, first Ainslee’s dad Ron, who spoke highly of both Ainslee and Vincent and also shared some details on how Vincent had asked him for permission to propose to Ainslee. Lovely gentleman. Lovely words. Finally it was Vincent’s turn to take the microphone. He also gave his version of the love story, spoke about how Ainslee and himself had the same values, similar upbringing, how they were both ambitious and possessed other similar traits, yet how also, they were very different. Ainslee liked everything planned and liked to relax, whereas he liked to go with the flow and be on the go. Vincent concluded by declaring his deep love for Ainslee which I was thrilled to have been able to follow with a special unique presentation to this lovely couple.

More photos with family and friends, a delightful dessert and it was time for the cutting of the cake. A very special first dance, following which Ainslee and Vincent were joined by the wedding party and parents, then the guests. Part way through this, fireworks appeared above Fort Denison in the middle of the Harbour – of course Vincent quickly claimed he had organised this for Ainslee!! From there on in it was party time. Guests danced, jumped into the photobooth and enjoyed the evening. What I loved was that despite the weather, the Queen Victoria blocking some of the view and some other setbacks, both Ainslee and Vincent were determined to have a wonderful time. You need only look at the photographs to see that they did.

Before we knew it, it was time for the bouquet toss, a very special daddy daughter dance and it was time to farewell our lovely couple. A Circle of Love and a Guard of Honour which ended with a little dance and they sealed the evening with a lovely kiss before departing to start their new life together (see video below). To me, it was such a beautiful and perfect way to end the festivities.

Complications in the lead up to the wedding meant that Ainslee and Vincent did not contact me until late in the planning process but we instantly connected with each other and spent seven hours at our first meeting planning their special day. Ainslee and Vincent, whilst I am very sorry that these complications occurred in the first place, as I do not wish that on any couple and it really should never have happened, I am nonetheless so pleased that fate led you to me and I was entrusted as your Sydney Wedding DJ & MC. Had it not, I would not have gotten to know you and the beautiful individuals you both are. I would not have been able to witness the love you have for friends and family and the love they in turn have for you. Maybe, as Natalie expressed to me at one point during the evening, “it was just meant to be”.  I feel so honoured to have been a part of your day. Ainslee and Vincent, thank you for allowing me this privilege. I know that your love will continue to grow and that the next chapter of your life together will be the absolute best. May love, laughter and music continue to fill your lives forever!! 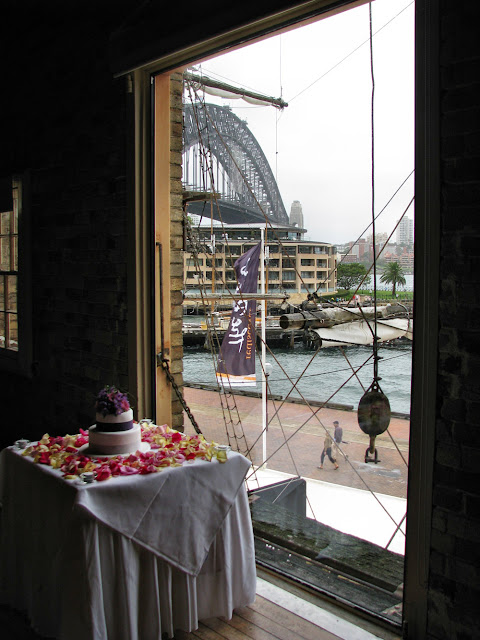 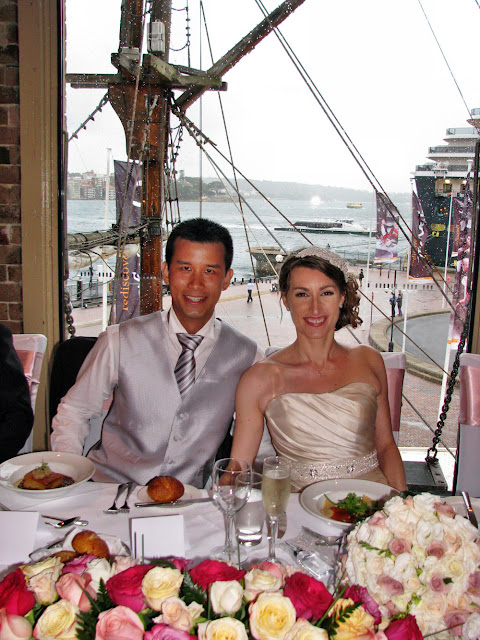 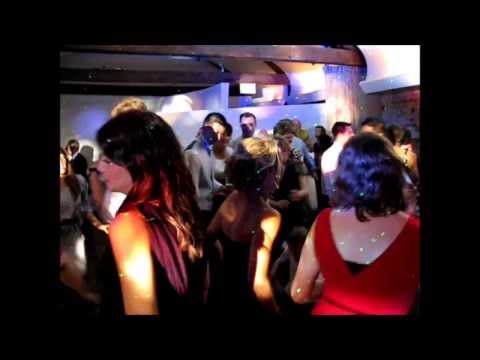 Parents Of The Bride & Groom Entry: “A Little Less Conversation” by Elvis Presley

Bridal Waltz/First Dance: “Could I Have This Kiss Forever” by Enrique Igelsias & Whitney Houston

Father Daughter Dance: “My Girl” by The Temptations

Farewell Circle/Cirle Of Love: “You Make Me Feel” by Cobra Starship, ” Beautiful Day” by U2